Balkan Beat Box-Blue Eyed Black Boy-2010-MTD
Here is one hell of a Balkan beats album mixed with some other crazy styles, all in one great release.

FTD released the fourth album from Inspectah Deck (aka Da Bill Collectah) titled "Manifesto" which will be released on March 23, 2010.

Description: As a founding member of Staten Island's Wu-Tang Clan, it's not an overstatement to say this is a man who changed the game. Now straight from the slums of Shaolin, Inspectah Deck is back with Manifesto, his best solo effort to date. Long regarded as one of Hip Hop's most gifted MCs, Deck is joined on Manifesto by Raekwon, Billy Danze of M.O.P, Termanology, Cormega, Kurupt and many more. Now is the time for Inspectah Deck to deliver truth to the world of Hip Hop. This is his Manifesto.
Click to expand...

VAG released the upcoming album from Mindy Mccready which will be released on March 23, 2010.

Description: Selling more than 3 million records and placing 12 singles on the Billboard Country music charts since the release of `Ten Thousand Angels' Mindy McCready's life has been a front page story. `I'm Still Here' represents a new beginning and Mindy's first album in over 8 years. For the first time, Mindy has written emotional songs about her life and struggles.
Click to expand...

Description: School Gyrls are an American pop trio. Signed to Nick Cannon's NCredible Entertainment, the group starred in an eponymous movie that premiered on Nickelodeon on February 21, 2010, a series of novels that will be published by Aladdin Books, and a comic book series in partnership with Archie Comics.

C4 released the new album from Solomon Childs titled "The Young General" which will be released on March 23, 2010.

Description: Solomon Childs is one of the most prolific of all Wu-Tang affiliates. He has churned out countless mixtapes and been on many albums with the likes of Ghostface, Cappadonna, and The Rza himself, and he has toured extensively with all three. Now the flagship artist of Wu Music Group's new movement "Young Wu-Tang", Solomon, formerly known as Killa Bamz is back with a new exclusive street album to coincide with his Wu Music Group release. Featured on this tape are Black Jesus of Wu-Tang's Harlem 6, as well as M.A.R.K. (Malik of Soul Kid Klik), Tameeka Hammers, and others.
Click to expand...

Here's soundtrack for one of the most popular movies last year called The Vampires Assistant.
After composing the score for the stage and film versions of Hedwig and the Angry Inch, composer Stephen Trask has gone on to write music for a number of projects, including three features directed by Paul Weitz: In Good Company, American Dreamz, and Cirque du Freak: The Vampire's Assistant. The Vampire's Assistant soundtrack serves up a generous 27-track helping of Trask's engaging score, and the music ranges far and wide. "The Whistle Song" is an old-timey ditty with a whistled melody accompanied by mandolin, but the album mostly features orchestral pieces that often have dynamic writing for percussion. The lengthy cue "The War Begins" contains both quiet, delicate passages and sections where high-tension strings violently chug, horns cry and swoop, and percussion hits hard. One brief track, "Book of Souls" creates a spooky ambience with winds, a martial beat and a children's chorus, while "Destiny" utilizes acoustic guitar and intense, Eastern vocals. This is an expansive soundtrack that stands on its own.
Click to expand...

FRAY eleased a new album soundtrack from the movie "Greenberg" which will be released on March 23, 2010.

Description: In Greenberg, Academy Award-nominated screenwriter/director Noah Baumbach (The Squid and the Whale) brings us the funny, touching and poignant story of two souls adrift in Los Angels, trying to forge a connection. This Greenberg Soundtrack marks James Murphy's first foray into film scoring. James Murphy is the leader of the Grammy Award-Nominated New York City band LCD Soundsystem, as well as a DJ, Producer, Composer and head of the uber-hip label DFA.
Click to expand...

Actually this is one hell of a HIP-HOP album, please ignore the cover
Click to expand... 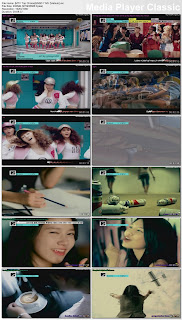 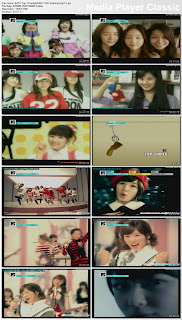